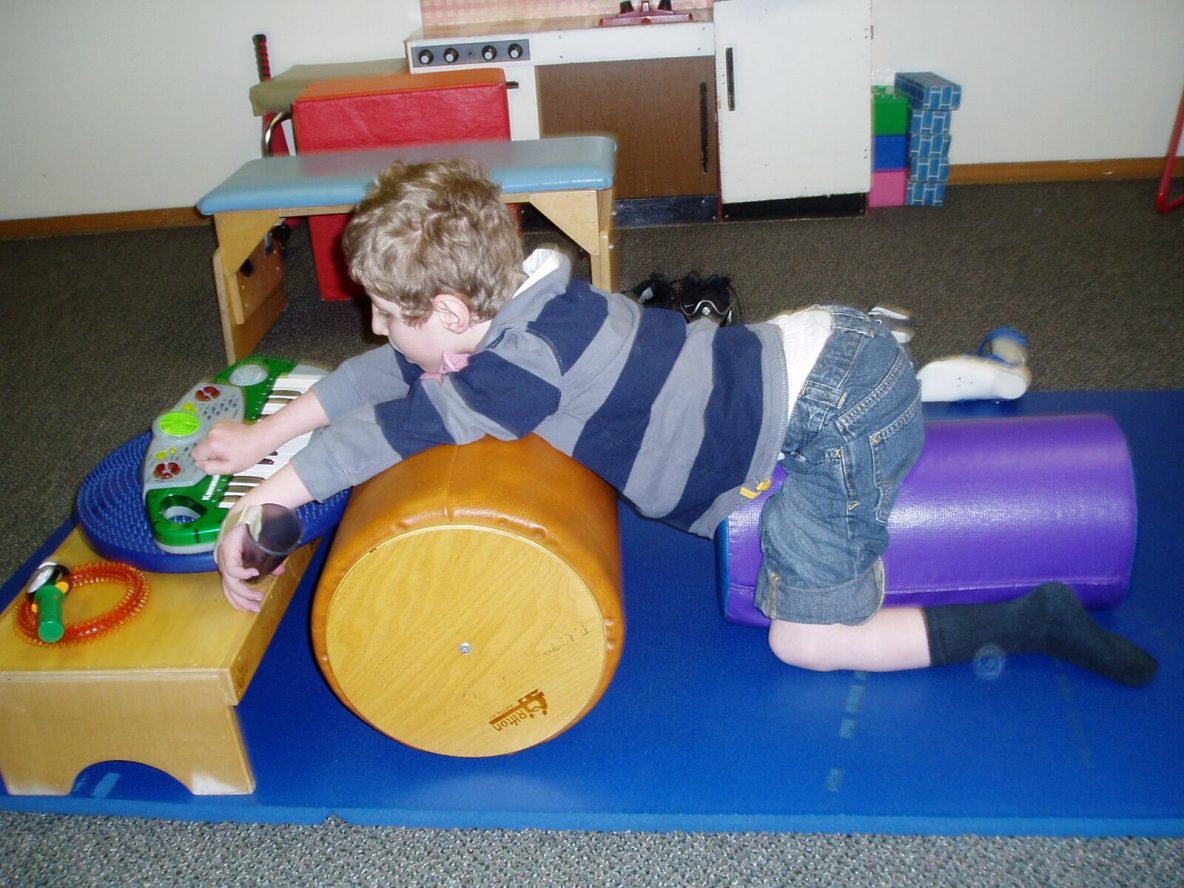 KT is nearly 3 years old. He had serious problems when he was born, requiring months of hospitalization and intense medical interventions. He currently has significant global delays in fine and gross motor skills, speech, and cognition. In addition, he has had a real struggle with food intake. Though he doesn’t consistently roll over from tummy or back, and doesn’t like working on that skill, KT can pull on his crib bars until his legs hang out through the bars and is in an almost sitting position. He now tolerates sitting positions on the floor with help, freeing his hands to play with assorted toys. He has worked to hold up his head correctly when supported in the sitting position and can turn to face people to his right or left. Actually, once placed in sitting position, he can briefly maintain the position independently for up to 3 minutes if the right person (mom) or a favorite toy is at eye level in front of him.
During the 2 ½ years of service, KT has borrowed equipment and toys to take home so mom can participate in his continued treatment in the home environment and entice him to tolerate sitting up for longer spans of time. He is currently working with a borrowed stander that supports him safely in a full upright standing position. This allows KT to be placed in locations that give him access to activities occurring in his environment around his home and allows for more interaction with family. KT has improved so much since the beginning of his therapy treatment and has much more work to do to reach his optimal potential. The addition of the OT program will aid in KT’s progress to that goal.