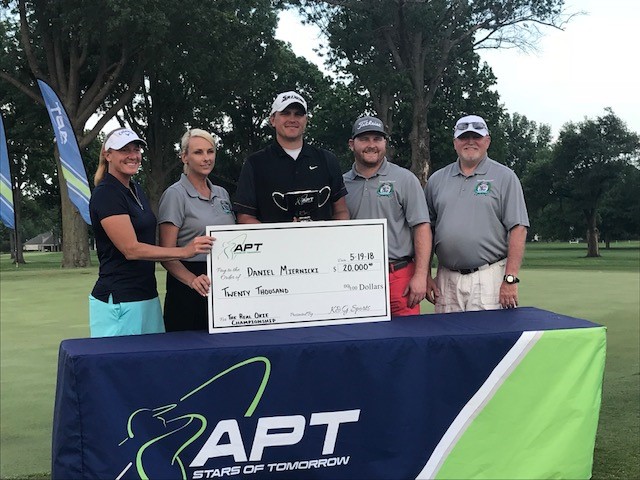 The APT golf tournament brought 134 professional golfers to Muskogee, along with many of their families and fans. Golfers came from 15 different US states and nine different countries including: Scotland, France, Trinidad, Australia, British Columbia, Spain, South Africa, Norway, and the United States. During one of the activities where fans and citizens were able to mingle with players, a local Muskogee citizen came to realize the young man he was talking to was from the same small town in Australia as his late wife. The two struck a bond and have continued to communicate. The man plans to host the player in his home next year during the 2019 tournament.