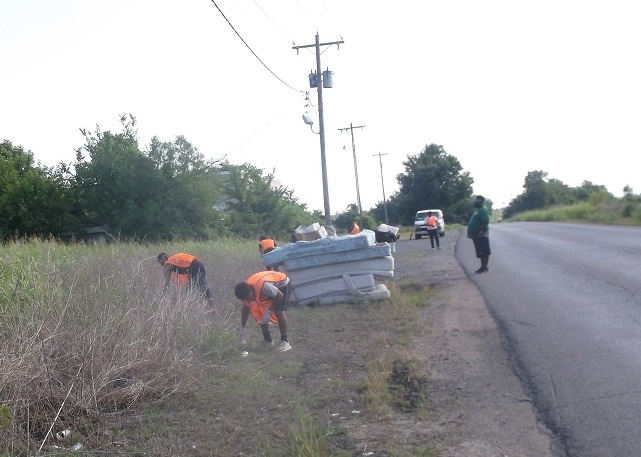 This two component program provides a mechanism for both juvenile and adult offenders to work off court assessed fines by completing work within the community. The Adult program is voluntary and allows adult offenders to receive $10 an hour credit toward fines and is operated in house by the City Attorney’s Office. The juvenile program is Court ordered by the City and provides $7 an hour credit toward fines and is operated by MCCOYS.
The community service crew had the unique opportunity to assist the new Gospel Rescue Mission to set up the sleeping facilities in the new center. This not only gave them an inside glance at the operations at the mission, but also brought a new appreciation to the fact that most of them had a roof to sleep under and didn’t require the assistance of a shelter. One particular story is from a gentleman named Robert. Robert is currently homeless but living in the Gospel Rescue Mission. Several months ago, he had participated in the Community Service Program in an attempt to work down his city imposed fines. When a position for community service supervisor came open, a request was made to find out whether there were any individuals known who would be interested in serving as a Community Service Supervisor. Robert was immediately recommended and within a few days, hired through the program. Though he remains living at the Shelter while saving money, he has clearly become a changed person. He is much happier, confident, and has become a model for the other participants in our program. He talks to people about continuing to chase after their dreams and even though they may be homeless, that is a temporary state.