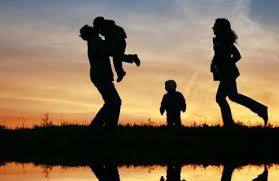 Ashley* is now a vibrant 16 year old but that’s not how this story started. You see Ashley is like many who do not have the parental care needed to thrive in this world. The state stepped in fall of last year because the mother had kicked Ashley out and admitted she could not take care of her. After living on the streets Ashley went to the only place she knew and that was her father’s home but he could not provide for her either. He admitted to doing marijuana daily. This young lady had been sexually abused and takes medication for numerous problems including depression and mental health. However after numerous placements and living on the streets of Tulsa, our CASA was able to finally locate her on Facebook and make contact by messaging back and forth. The CASA gave the young lady her phone number and encouraged communication between her and DHS. After a couple of months the young lady called her CASA to say she was ready to turn herself into DHS and get help. The CASA and DHS case worker met up with Ashley and placed her in a shelter till a foster home opened up. Still hesitant the young lady stayed and was placed with a wonderful therapeutic foster home and is now thriving there. Ashley recently appeared in court the same day her mother relinquished her rights and we all watched in wonder at how beautiful and mature the young lady was. She stated to the court she was happy and healthy, and enjoying her foster home. Ashley is now back in school and doing great!
*names are changed for confidentiality