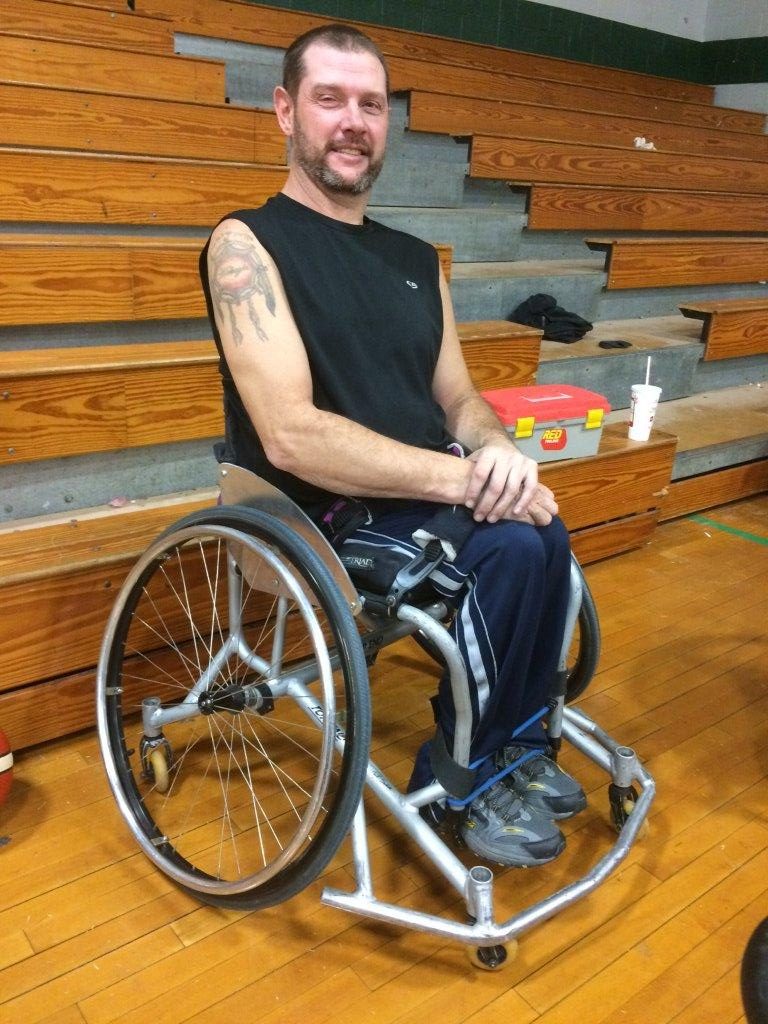 A young man 16 years old who could not walk and was afraid to go to school was told of our team. His uncle called the coach and asked if he could play. Of course the answer was yes, and the uncle brought the young man to the next practice. He was so weak from lack of activity he could not shoot a ball to the rim. After a year he was able to shoot to the basket from the free throw line. He was so excited with this progress and the opportunity to know others with similar disabilities that he got his own red sport wheelchair.